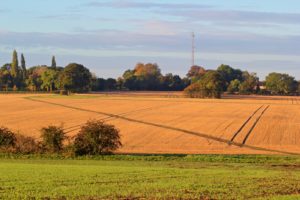 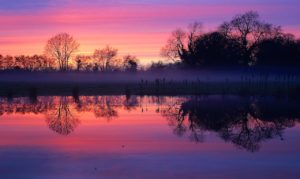 Debach is situated close to the coast on the landward side of the A12. It is approximately a 20 minute drive to Ipswich Town centre and the nearby towns of Felixstowe, Woodbridge, Southwold, Hadleigh, Colchester and Framlingham (home of the castle mentioned in the Ed Sheeran track "Castle on the Hill") can be reached by car in 30 minutes or less. Aldeburgh with its close connections to Sir Benjamin Britten is also within easy reach as is Snape Maltings.

There are footpaths and bridleways within the village and Rendlesham forest provides the opportunity for safe family cycling. The Suffolk Coastal Cycle Route is based on a circular signed route on quiet roads, linking coastal villages between Felixstowe and Dunwich and then looping inland via the market towns of Framlingham and Woodbridge which is all within easy reach. There are circular walks at Ufford and Woodbridge and the Sandlings outside Ipswich. Minsmere Bird Sanctuary also provides opportunities to stretch your legs. The nearby villages of Charsfield, Bredfield, Hasketon and Boulge where Edward Fitzgerald is buried, are all easily accessible.

There is a dry ski slope at the Suffolk Ski Centre in Ipswich and a number of horse riding centres in the area, Valley Farm Equestrian Centre near Wickham Market being the closest. There are several local golf courses and Newmarket race course less than an hour by car. Ipswich Speedway, Stock Car and the World Hot Rod championship are held at Foxhall Stadium which is about a 20 minutes drive.

Sutton Hoo (where the Anglo Saxon treasures were discovered and recently the subject of the No. 1 film "The Dig" on Netflix) and Bawdsey are both close at hand with the Bawdsey Ferry operational once again. Did you know that radar was developed and first tested at Bawdsey? During WW II several airfields were built in the area and the Bentwaters cold war museum and Parham Airfield WWII museum are regularly open to the public. Martlesham Control Tower Museum is also open throughout the summer each weekend. The last USAAF airfield in Britain was built in Debach and work is being undertaken to restore what remains. Debach airfield is now open on the last Sunday of every month April to September inclusive.

Going further back in time Otley Hall, a 16th century moated hall is open to the public on Sundays during the summer and the Food Museum in Stowmarket offers glimpses of the old East Anglia with special events throughout the year. If you enjoy combining houses and gardens Helmingham Hall, the home of the Tollemache family, is a very pleasant way to spend a day and the Tudor days at Kentwell Hall at Long Melford are spectacular. English Heritage also organises special events at Framlingham Castle throughout the year.
If gardening is your passion there are several gardens open in the area via the National Gardens Scheme. We have some wonderful nurseries in the area so be sure to leave room for plants to remind you of your visit. The Walled Garden, Ladybird Nurseries and The Place for Plants will be pleased to help.

There are several places to cater for those with a love of animals. The Suffolk Punch Trust has their home at Hollesley near Woodbridge and if you enjoy something smaller Easton Farm Park and Baylham Rare Breeds are great to visit, particularly in the Spring.
If you wish to travel further afield, Constable Country and the Dedham Vale is less than half an hour down the A12 and to the west Anglesey Abbey and the Newmarket Horse Racing Museum and National Stud can add variety to your visit.
Snape Maltings offers a wonderful shopping opportunity. Musical and dramatic venues include the Seckford Theatre in Woodbridge, Snape Maltings and The New Wolsey Theatre and Regent Theatre in Ipswich to name but a few.
If medieval churches are your interest, the area has numerous examples all within easy reach and all worth a visit. Bury St Edmunds cathedral is also a “must see”.

Welcome to Bryanstown Debach Accomodation.
Please check out our site and then give us a ring or email.

We use cookies on our website to give you the most relevant experience by remembering your preferences and repeat visits. By clicking “Accept All”, you consent to the use of ALL the cookies. However, you may visit "Cookie Settings" to provide a controlled consent.
Cookie SettingsAccept All
Manage consent

This website uses cookies to improve your experience while you navigate through the website. Out of these, the cookies that are categorized as necessary are stored on your browser as they are essential for the working of basic functionalities of the website. We also use third-party cookies that help us analyze and understand how you use this website. These cookies will be stored in your browser only with your consent. You also have the option to opt-out of these cookies. But opting out of some of these cookies may affect your browsing experience.
Necessary Always Enabled
Necessary cookies are absolutely essential for the website to function properly. These cookies ensure basic functionalities and security features of the website, anonymously.
Functional
Functional cookies help to perform certain functionalities like sharing the content of the website on social media platforms, collect feedbacks, and other third-party features.
Performance
Performance cookies are used to understand and analyze the key performance indexes of the website which helps in delivering a better user experience for the visitors.
Analytics
Analytical cookies are used to understand how visitors interact with the website. These cookies help provide information on metrics the number of visitors, bounce rate, traffic source, etc.
Advertisement
Advertisement cookies are used to provide visitors with relevant ads and marketing campaigns. These cookies track visitors across websites and collect information to provide customized ads.
Others
Other uncategorized cookies are those that are being analyzed and have not been classified into a category as yet.
SAVE & ACCEPT